A simple dry rub and 75 minutes in the oven are all it takes to produce beautifully marbled, flavorful and juicy ribeye roast.

Tender, succulent and very flavorful, ribeye is my favorite cut of beef. And this tasty recipe for cooking the whole roast is especially easy to make.

Simply rub the meat with seasonings, then cook it in the oven until done. Your only real job as a cook is to avoid overcooking the meat.

Are prime rib and ribeye roast the same thing?

Almost, but not exactly. Prime rib is cut from the prime, superior portion of the animal, where the meat is especially tender and well-marbled. It includes ribs 6 through 12.

Prime rib is sometimes called a standing rib roast because the bones enable it to stand upright for roasting. But if you cut the meat away from the bones, leaving the “eye” (the large central muscle) and a layer of fat, then that’s a ribeye roast.

Some say that it’s best to cook bone-in roasts because the bones produce a juicier and more flavorful roast. It’s true that the meat portions closest to a bone-in steak, for example, taste the best. But it’s also true that it’s difficult to get to them unless you’re willing to gnaw on bones!

That’s why many home cooks, myself included, prefer to cook a ribeye roast. It is smaller, and you can carve it easily since there are no bones. It is still very flavorful, and the fat cap is sublime.

Ribeye is the best cut of beef!

At least that’s my opinion. But I’m not alone in feeling this way.

I used to love filet mignon – beef tenderloin. Relatively lean and very tender, filet mignon is good, but it pales compared to the fatty, juicy, well-marbled ribeye. And this is true for steaks as well as for roasts.

I tried prime rib for the first time at “The Prime Rib” restaurant in Washington DC, many years ago. It was one of those first experiences that you cherish forever.

My first bite into the juicy, succulent roast was unforgettable. I knew right then and there that ribeye is my favorite cut of beef, and that slow cooking is my favorite method of preparing it. Although reverse-seared ribeye steaks are also excellent.

I ordered the prime rib with a side of buttery mashed potatoes. After finishing about half my meat, I took a bite of the potatoes. They were sublime! But I quickly realized that due to limited stomach capacity I would have to choose – either finish the ribeye or eat the mashed potatoes.

I chose the meat, which was unheard of back in my high-carb days. That’s how good it was!

What’s the difference between a roast and a steak?

A ribeye steak is essentially a prime rib roast, cut between the ribs into individual steaks. 🥩

A roast is slowly cooked in the oven, while steak is typically pan-fried, grilled or broiled.

Many people actually prefer to buy whole boneless roasts and cut them into individual steaks. Costco has great roasts, by the way, and if you do it this way, you could save quite a bit.

How to cook a ribeye roast

The best thing about this recipe is that it’s so very easy. Simply rub the meat with seasonings. Roast it in a very hot oven (500°F) to get the fat cap crispy, then lower the oven temperature to 350°F and continue roasting to medium-rare.

If you use a meat thermometer (as you should), you will know exactly when to take the meat out of the oven. Conventional wisdom says that after the initial high-heat roasting, you’ll need 20 minutes in the 350°F oven for each pound of meat you cook.

So for a 3 lb. roast this SHOULD take roughly 1 more hour. But for me in my oven, after that one more hour, the internal temperature usually reaches 120°F, and I need to keep roasting for 8-9 more minutes to reach 130°F.

Should I marinate a ribeye roast?

You could, but personally, I don’t bother. The meat is so well-marbled, beefy and juicy, that it tastes great without any marinade.

Unlike tough cuts of beef such as London broil, ribeye is also tender enough so that you don’t need a vinegary marinade to tenderize it.

Cook the roast to medium-rare

Since this roast is so amazingly delicious, I always assumed that it’s not something that I would want to tackle at home. I thought it would be too complex.

But as it turns out, it’s very easy to make this recipe at home in your oven. This is especially true if you have a meat thermometer to help ensure you don’t overcook (or undercook) the meat.

Having said that, ribeye is marbled and juicy enough that it should taste good even when you cook it to medium doneness, as recommended by the USDA. Although that’s not my personal preference.

Allow it to rest for 30 minutes

Apart from not overcooking the meat, another important tip is to let the roast rest for 30 minutes before slicing it. This will allow the juices to settle and redistribute, preventing all the yummy juices from gushing out as soon as you cut into the meat.

There’s nothing sadder for a meat lover than cutting into a roast too soon and watching all the juices gush into the cutting board!

What to serve with ribeye roast?

I recommend balancing out the richness of the meat by skipping the starch altogether and serving the meat with simply prepared veggies such as sautéed broccolini or steamed green beans.

Leftovers keep well in an airtight container in the fridge for 3 to 4 days. Reheat them very gently, covered, in the microwave on 50% power. Reheating does, unfortunately, take them from medium-rare to medium doneness, but this can’t be helped.

Unless you simply slice them very thin and eat them cold! They are surprisingly good this way, served with Dijon mustard, quick pickles, and fresh-cut veggies. Kind of like eating cold roast beef.

Nutrition info assumes USDA prime (fattier), and fat eaten.  Consuming undercooked meat may increase your risk of foodborne illness. I always cook beef steaks and roasts to medium-rare, but you should make your own decision.
NUTRITION INFO Most of our recipes are low-carb (or keto) and gluten-free, but some are not. Please verify that a recipe fits your needs before using it. Recommended and linked products are not guaranteed to be gluten-free. Nutrition info is approximate and may contain errors, so you should independently verify it. It is calculated using the SparkPeople.com recipe calculator and the carb count excludes sugar alcohols. Please read the disclaimers in our Terms of Use carefully before using any of our recipes.
Nutrition Facts
Ribeye Roast Recipe
Amount Per Serving (4 oz)
Calories 450 Calories from Fat 342
% Daily Value*
Fat 38g58%
Saturated Fat 15g94%
Sodium 430mg19%
Protein 25g50%
* Percent Daily Values are based on a 2000 calorie diet.
NEVER MISS A RECIPE! I typically publish a new recipe once or twice per week. Want the new recipes in your inbox? Subscribe!

Vered DeLeeuw, LL.M., CNC, has been following a low-carb real-food diet and blogging about it since 2011. She's a Certified Nutrition Coach (NASM-CNC), has taken courses at the Harvard School of Public Health, and has earned a Nutrition and Healthy Living Certificate from Cornell University. Her work has appeared in several major media outlets, including Healthline, HuffPost, Today, Women's Health, Shape, Reader's Digest, and Better Homes and Gardens. Click to learn more about Vered. 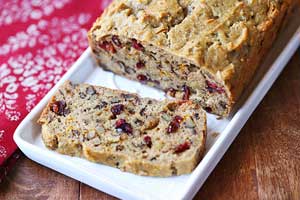