Incredibly creamy and so very flavorful, cream of mushroom soup is flavored with butter, garlic and thyme. Serve a cup as an appetizer or a bowl as a main course.

Soup is the perfect wintertime appetizer. But it's not just an appetizer! In fact, I often serve a bowl of it as a main course. And if you like mushrooms, I think you are going to absolutely love this delicious soup.

It's silky, creamy, and incredibly flavorful. One of us actually dislikes mushrooms (even these wonderful sauteed mushrooms), but she loves this soup and regularly asks for seconds when I make it.

You'll only need a few simple ingredients to make this tasty cream of mushroom soup. The exact measurements are included in the recipe card below. Here's an overview of what you'll need:

Unsalted butter: For cooking the mushrooms and garlic. I love using creamy European butter. But any butter will be great.

Fresh mushrooms: I normally use cremini mushrooms. White mushrooms are fine too. Sometimes when I'm out of fresh mushrooms but still crave this soup, I use a package of frozen mushrooms, as shown in the video. That works too, and you can add them frozen to the pot. They'll release more liquid than fresh mushrooms, but I haven't found that to be a problem.

Minced garlic: Mince it yourself, or use the stuff that comes in a jar. Both work.

Kosher salt and black pepper: If using fine salt, you should reduce the amount you use, or the soup could end up too salty.

Chicken broth: Store-bought is fine. But when I have homemade chicken broth, I use that instead.

Dried thyme: Make sure it's fresh! A stale spice can easily ruin a dish.

Heavy cream: I tried once to use half-and-half instead, and decided that heavy cream is much better.

Cornstarch: I use it to thicken the soup. If you'd rather not use it, another option is to puree the soup in batches (and carefully!) in a stand blender (instead of using an immersion blender which isn't as powerful). The mushrooms will be better pureed, and this will considerably thicken the soup without any added thickeners.

How to make cream of mushroom soup

It's such an easy recipe! Scroll down to the recipe card for the detailed instructions. Here are the basic steps:

1. Start by cooking the mushrooms and garlic in butter with some salt.

2. Add the remaining ingredients except for the cream and cornstarch. Bring to a boil, then simmer for 10 minutes.

3. Puree the soup using an immersion blender. Stir in the cream (and the cornstarch slurry if using), heat and serve.

Want to change things up when making this cream of mushroom soup? Here are a few ideas:

How to serve this soup?

I usually serve cream of mushroom soup as a first course at dinner, a cup per person. But a bowl of it is also wonderful for lunch. Add a couple of cheese muffins or cheese biscuits to make a tasty, filling lunch.

Leftovers keep well in the fridge, in an airtight container, for 2-3 days. Gently reheat them, covered, in the microwave on 50% power or on the stovetop over medium heat, taking care not to bring the soup to a boil.

You might need to slightly thin the soup out first by mixing in a tablespoon or two of water.

*You can use 1 lb. of frozen mushrooms. I like these mixed mushrooms from Whole Foods. They release quite a bit of liquid, more so than fresh mushrooms. But they are very flavorful, and you can use them frozen. **If you'd rather not use cornstarch, you can make a thicker soup by pureeing it completely in a blender rather than using an immersion blender, which isn't as efficient. If you go this route, be careful when blending the hot soup. Do it in batches, and hold the blender's lid down while you blend.
NUTRITION INFO Most of our recipes are low-carb (or keto) and gluten-free, but some are not. Please verify that a recipe fits your needs before using it. Recommended and linked products are not guaranteed to be gluten-free. Nutrition info is approximate and may contain errors, so you should independently verify it. It is calculated using the SparkPeople.com recipe calculator and the carb count excludes sugar alcohols. Please read the disclaimers in our Terms of Use carefully before using any of our recipes.
Nutrition Facts
Cream of Mushroom Soup
Serving Size
1 cup
Amount per Serving
Calories
204
% Daily Value*
Fat
17
g
26
%
Saturated Fat
10
g
63
%
Sodium
584
mg
25
%
Carbohydrates
9
g
3
%
Fiber
1
g
4
%
Sugar
4
g
4
%
Protein
5
g
10
%
* Percent Daily Values are based on a 2000 calorie diet.
NEVER MISS A RECIPE! I typically publish a new recipe once or twice per week. Want the new recipes in your inbox? Subscribe!

Vered DeLeeuw, LL.M., CNC, has been following a low-carb real-food diet and blogging about it since 2011. She's a Certified Nutrition Coach (NASM-CNC), has taken courses at the Harvard School of Public Health, and has earned a Nutrition and Healthy Living Certificate from Cornell University. Her work has appeared in several major media outlets, including Healthline, HuffPost, Today, Women's Health, Shape, and Country Living. Click to learn more about Vered.
Previous Post: « Spicy Deviled Eggs
Next Post: Baked Pears » 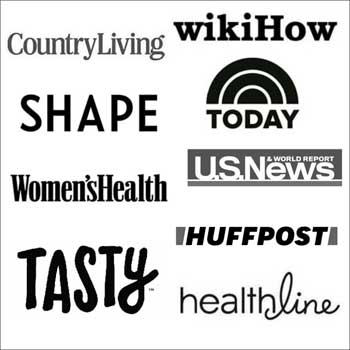